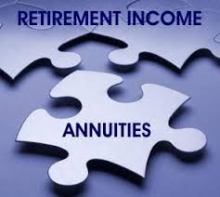 “What do you think of these annuities?” Mel asked. “An insurance guy I know is advising us to transfer all of our remaining IRAs into these two investments, and I’m not confident it’s the right approach for us.” Since these annuities didn’t look appropriate for Mel and Ginny, I figured the annuity salesman’s rationale was the big commissions he would earn on the sales.

Mel was right to be suspicious. At 70 and 72, he and Ginny had limited resources and mounting medical bills. They’re retired and Ginny suffers from MS.

Like many clients, Ginny and Mel came to me for objective advice. They didn’t fully trust guidance from anyone who was trying to sell them products. The suggested two annuities ended up being wrong for Ginny and Mel for several reasons: 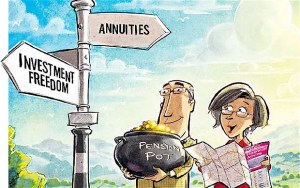 What was right for Ginny and Mel? It turns out that an annuity was a good solution—just not the ones being sold to them. An immediate annuity on their joint lives using Mel’s IRAs would work well. The payout was higher than the payout on the proposed variable annuity and Mel and Ginny would be locking in an income stream that they could not outlive. The immediate annuity provided them with a minimum level of guaranteed income in addition to Social Security. The downside of this type of annuity is that, in addition to lack of flexibility, there is no opportunity for growth. However, investing Ginny’s IRAs in an appropriately balanced portfolio of low-cost ETFs solved these issues. 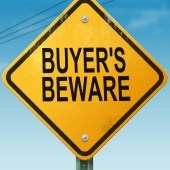 The insurance salesman would have made a bundle had Mel and Ginny bought into his plan. Unfortunately, it wouldn’t have been a win-win situation. The combination of annuities was certainly not in Mel and Ginny’s best interest. Unfortunately, annuities are still an area with opaque, often high fees and they can be sold by people who aren’t required to have a high degree of sophistication or experience dealing with complex financial products. As a result, people are often sold not only expensive products, but ones that don’t meet their needs at any price. This does not mean that annuities can’t be good tools, however. You just have to do your homework, understand what you are buying, get independent advice, and, above all, be an aware buyer.