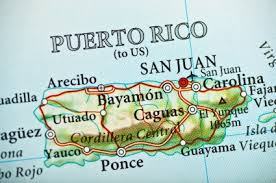 You’ve probably read that the island territory of Puerto Rico formally defaulted on its municipal debt obligations over the weekend—an unsurprising event that has been expected by insiders for more than three months. What did surprise everybody was the fact that the Puerto Rican Public Finance Corporation (PFC) found a way to make a partial payment on its $58 million in interest obligations—even if the amount was only $628,000.

Going forward, the situation is rather bleak. The Moody’s credit rating service has noted that, according to the debt contracts, interest payments can only be made if and when the PFC has appropriated funds for them. Since the PFC has not done so, there appears to be no legal requirement for Puerto Rico to pay the debt, or any legal recourse for bond holders.

A number of mutual fund companies are probably wishing that they had read these contracts more closely before buying a big chunk of the territory’s $70 billion in debt on behalf of their shareholders. Puerto Rican muni bonds were once considered to be the Swiss army knife of the muni world, since they qualify as tax-exempt in all 50 U.S. states and therefore can be placed into any state-specific muni fund portfolio. They also paid significantly higher interest than most states were offering—between 9% and 21% right before the default on 20-year issues, as high as 5% on 2-year notes. The national averages among all U.S. states are closer to 2.85% and 1%, respectively. 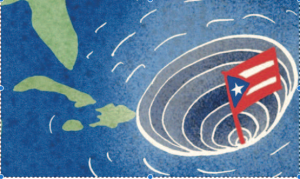 How much of the default are you, personally, on the hook for? Very little to none at all unless you’re invested in broker-sold Oppenheimer funds. Oppenheimer manages nine of the ten funds with the greatest exposure to these daredevil investments—$5.1 billion according to the Morningstar mutual fund analysis service. The other fund with high exposure is the Franklin Double-Tax Free Income Fund, which currently has about 60% of its shareholders’ money tied up in the Puerto Rican fiasco. Ten of Wells Fargo’s 14 municipal bond funds have also wagered on Puerto Rico’s debt, as have 20 of Eaton Vance’s 27 muni funds.

As mentioned, the default is not exactly a shock. Puerto Rican bonds, once sold as high-rated paper, have been sliding down the ratings scale for years, causing losses for investors all along the journey. A $5 million class action lawsuit was filed against the brokerage firm UBS as far back as 2013, alleging that older investors were urged to take out loans in order to load up on risky Puerto Rican bond funds that brokers touted as safe and secure. An estimated $500 million was ultimately borrowed to buy into the mess, and investors in those funds suffered at least $1.66 billion in losses when the suit was filed—two years before the recent downgrade.

Meanwhile, the Vanguard and BlackRock organizations eliminated their small positions in the territory late last year.